What is Shifts? Well, if you were familiar with the StaffHub app & service that is available as part of Office 365, it’s effectively the same thing. The StaffHub service will no longer be available by the end of 2019 as Microsoft continues its drive to converge and consolidate services and experiences.

When StaffHub initially launched (it feels like it was just yesterday because it’s only been about 2 years now), the service was touted as a rostering and shift management app for firstline workers. This would allow managers to create rosters, publish and share information, and communicate with their teams. For staff, it would allow them to see their upcoming shifts, swap shifts with other staff, offer shifts to the team, access files and information, and chat with other team members either individually or within a group.

StaffHub leveraged Office 365 Groups to provide the membership service, SharePoint as the file repository, and the Azure-based Microsoft Teams chat service for communication.

Realistically, all that functionality and more is coming to Shifts in Microsoft Teams. 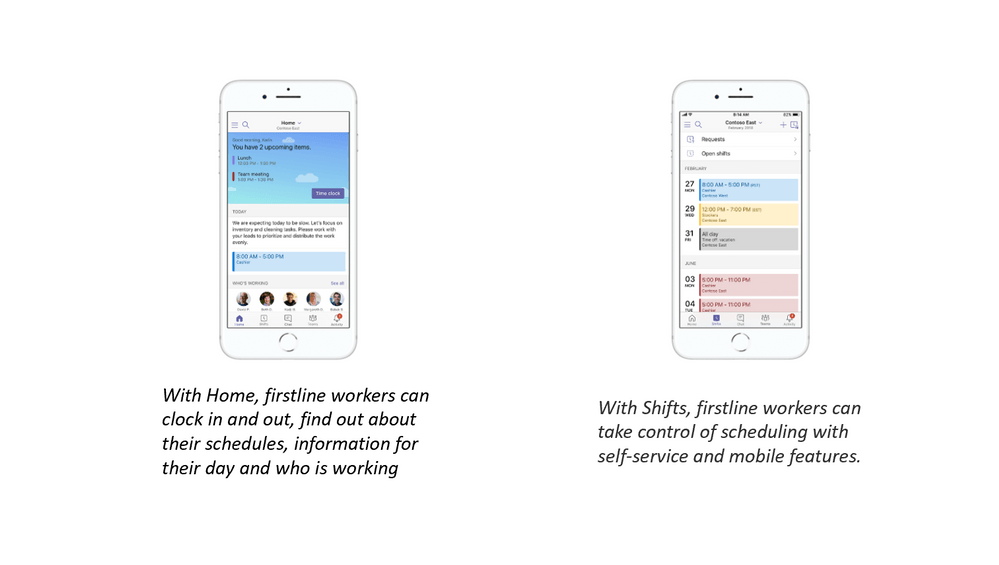 Also being made available soon is the Graph API for Shifts, allowing organisations to integrate with existing scheduling and reporting systems. This is especially useful for those organisations that have invested in industry-specific or even agnostic-yet-comprehensive platforms for managing staff. In those scenarios, organisations don’t want to have to choose between using Microsoft Teams and their existing solution because they already know who’s going to win.

Competition aside, what makes this powerful is that those organisations can continue to utilise their existing platforms and simply provide the firstline workers with the Microsoft Teams experience as the new front-end.

Now, I’ve used the term “firstline” a number of times in this article as this is the term that Microsoft uses when referring to the Shifts functionality. Generally, a firstline worker is someone who is not seated at a computer all day and working with Microsoft Office (ex. nurses, retail staff, warehouse staff, construction workers, etc.).

Does this mean that Shifts is only suitable for those firstline workers, or can productivity workers (i.e.. white collar employees) utilise the Shifts functionality too?

The StaffHub service will no longer be available by the end of 2019 as Microsoft continues its drive to converge and consolidate services and experiences.

There are a number of use cases where StaffHub (the Shifts predecessor app) was applicable. The reality is that tools like Shifts and StaffHub before it don’t just have to be for people whose actual working hours are based on a schedule. While Shifts can be used for jobs like service desk, reception and customer service roles, it can also be used all the way up the organisational ladder to denote responsibility according to a schedule.

One scenario where I saw it used was in something as simple as office renovations. The organisation used StaffHub to manage the schedule of who was responsible to be in at certain times to open the office up for the construction workers (who like to start earlier than the average office worker).

Another scenario was for a research organisation that engaged with the public with an “ask a scientist” program. The organisation used StaffHub to organize which scientist was scheduled for the office hours-style drop-in, much to the delight of the scientists involved.

Shifts, like StaffHub before it, can really be used by anyone. The best way to know if it suits your needs is to try it out. There’s no harm, there’s no commitment, no sacrificing your first-born, no changing the way your team does their job. Just an opportunity to learn and do things better. 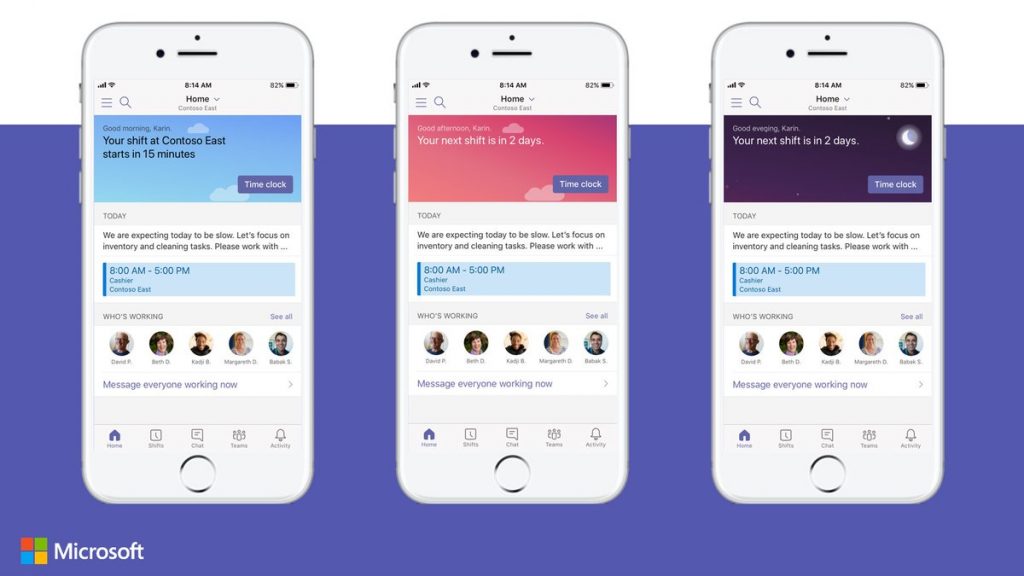 Here are a few Frequently Asked Questions that are useful to know, either because you’re new to Shifts in Microsoft Teams or because you’ve used StaffHub before and want to know how things are different:

Can I add a schedule to an existing team?

Yes! Just click the Shifts button in Microsoft Teams and it will show you the teams you’re a member of. Only owners can create schedules, so only those teams you own will have a pressable button. The others (where you are just a member) will be greyed out.

What is going to happen to StaffHub?

As of April 1st, 2019 the app will be removed from mobile app stores and the service itself won’t be available for new Office 365 customers. It will continue to operate until October 1st, 2019 and users will be notified about its impending retirement and “encouraged” to use Microsoft Teams.

Can schedules in StaffHub be moved to Microsoft Teams?

Microsoft has indicated that they plan to perform some form of data migration, though further details aren’t available yet.