How to Master Modern Meetings in Microsoft Teams

How to Master Modern Meetings in Microsoft Teams 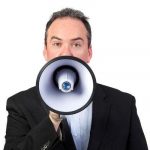 Meetings are fun right? They’re a good way to escape doing any real work, and instead spend time talking about nothing. Or are they?

Some people who attend meetings are often reluctant to do so, citing them as a waste of time. Others attend, but spend the time doing emails and responding to instant messages.

However, there are plenty of people who attend and pay attention, aiming to extract the most value out of their time together. 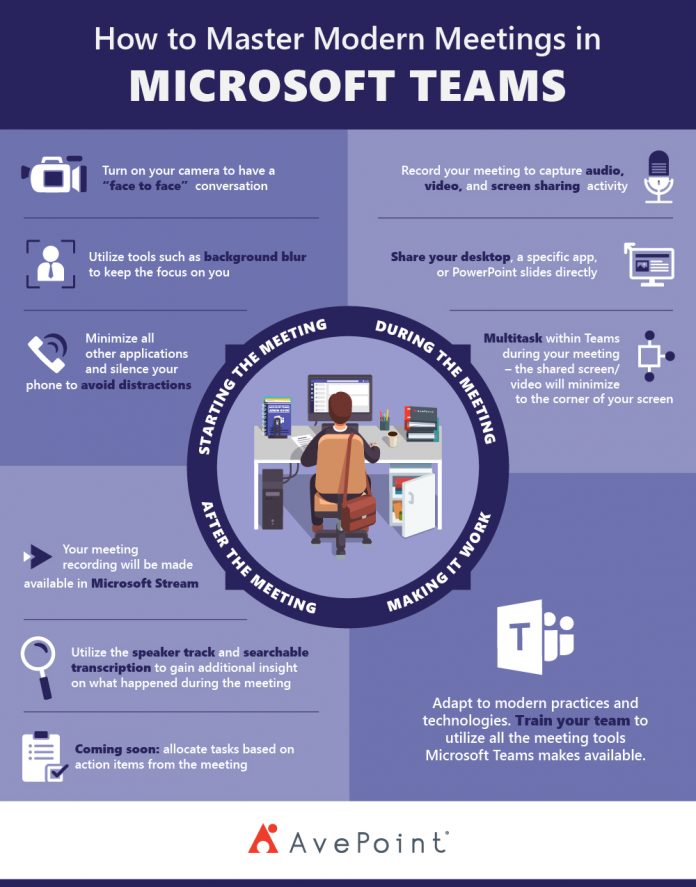 The Evolution of Meetings

Let’s focus on that last point – together. Meetings have historically been in a meeting room with people sitting around a table. In the modern era, however, the chances of everyone being in the same room at the same time are becoming slimmer and slimmer.

While conferencing technologies are not new, the capabilities and devices available have continued to improve and come down in cost.

A basic meeting participation setup these days simply requires a webcam and headset. If you’re working off a laptop, chances are it already has a webcam. Headsets are relatively cheap for a basic, decent set. If you want to truly be free of cables, however, then consider investing in an external camera (mounted on top of an external monitor) and a wireless headset for the ultimate freedom.

Hardware and basic conferencing software aside, how can users make the most of the meetings capabilities in more advanced collaboration tools like Microsoft Teams?

While Microsoft Teams offers largely the same feature set as Skype for Business, there are a number of innovations and features that can greatly improve the experience for everyone attending, and even those not attending, the meeting.

Turn your camera on. Allow others to have a “face to face” conversation with you as if you were there in person. Got stuff in the background you don’t want people to see (ie. laundry, your bedroom, the fact that you’re at a beach)? Enable background blur, a new feature released in late September that blurs everything behind your face/body.

If you’re using Windows 10 (and really, by now you should be – it’s been around for over 3 years); enable “Focus assist” or “Quiet hours” (depending on how current your Windows 10 installation is). This will suppress any notifications that may pop up and distract you.

You should also set your phone and wearable to “do not disturb” to avoid any distracting notifications.

Remember to always look at the camera while you’re talking. It helps people on the other end feel like you’re making eye contact. It may seem foreign initially, but it’ll become second nature quickly.

If you’re presenting during the meeting, you can share your desktop, a specific app, or even PowerPoint slides directly (please use this, don’t share the PowerPoint application itself – it’s a better experience for everyone).

If you’re attending, you can multitask within Microsoft Teams during the meeting. This will minimize the video/sharing to the top left corner of your screen. If you need to do this so that you can access OneNote or some other relevant application, have this open separately. Then to avoid switching away from the active meeting; you can split-screen so that you get both the meeting and the relevant application open at the same time.

After the meeting is completed, the recording will be made available in Microsoft Streamand shows things like a speaker track (ie. who was talking when), as well as a searchable transcription of everything that was said during the meeting recording.

Why is this meeting recording feature important?

At some point in the near future this functionality will also be able to allocate tasks for us based on action items in the meeting.

For the benefit of having meetings in Microsoft Teams be fully realised, users need to slightly adapt their behaviours to the new surroundings; they need to evolve.

Like what you read? Get in touch for Microsoft Teams implementation for your organisation.